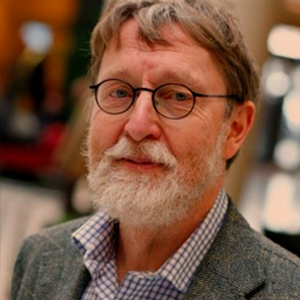 Ulf Landegren received his MD and PhD in Uppsala, Sweden, followed by a postdoc with Lee Hood at Caltech. Since 1996 he is professor of molecular medicine in Uppsala where his research focuses on developing and applying advanced molecular tools for precision medicine at levels of nucleic acids and proteins. Examples of techniques from his lab include padlock probes for measuring and distinguishing specific DNA and RNA sequences, and proximity ligation/extension assays for highly sensitive detection of proteins or for analyzing interacting protein molecules in solution or in situ.

He is a member of EMBO and the Royal Swedish Academy of Sciences, and he is Assistant head of the Department of Immunology, Genetics and Pathology at Uppsala University. He is a senior visiting scientist at Riken, Yokohama and a Fellow of School of Engineering at Tokyo University.

Professor Landegren has authored 230 peer-reviewed publications, and he is inventor of 44 patents or applications. Ten biotech companies have their origins in his lab, four of which have made successful exits, and technologies from the group have been licensed to 15 international biotech and diagnostic companies. He is a member of several scientific advisory boards, including those of five biotech companies.