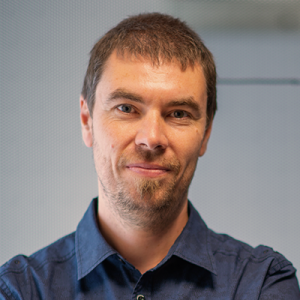 Yvan Saeys obtained his PhD in computer science from Ghent University. After spending time abroad at the University of the Basque Country (Spain) and the University of Lyon (France) he returned to Belgium and established the Data Mining and Modeling for Biomedicine (DAMBI) group at the VIB Center for Inflammation Research (IRC) in Gent. As of 2015, he is an associate professor at Ghent University and a principal investigator (group leader) at VIB, where he is heading an interdisciplinary research team of 25 people, consisting of mathematicians, computer scientists, engineers and bioinformaticians.

The Saeys lab studies the design and application of novel data mining and machine learning techniques, motivated by specific questions in biology and medicine. In the field of systems immunology, the group develops new computational approaches to unravel the regulatory landscape of immune cell differentiation and functioning. High-throughput methods such as single-cell sequencing, multiplexed flow cytometry and imaging are currently revolutionizing the field of immunology, allowing us to study cells and their interactions into unprecedented depth. While these technologies are able to generate massive amounts of data on cell behavior and functioning, interpreting these data and making sense out of it is currently the next challenge.

Yvan Saeys coauthored a total of 115 journal article publications, and numerous other conference articles and book chapters. He has been involved in the organization of numerous scientific events, both in the bioinformatics and machine learning communities where he is actively promoting interdisciplinary research.