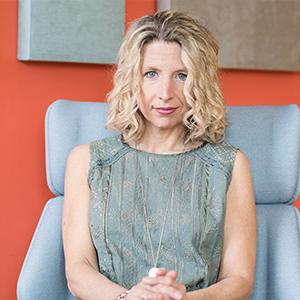 Beth Stevens is an Associate Professor at Harvard Medical School in the FM Kirby Neurobiology Center at Boston Children’s Hospital, an Institute Member of the Broad Institute and Stanley Center for Psychiatric Research, Howard Hughes Medical Institute Investigator and member of the National Academy of Medicine.

Her research is focused on understanding how neural-immune interactions in the brain sculpt synapses during normal development and disease. She and her team discovered that microglia, the brain’s resident immune cells, prune neural connections in response to signals from the classical complement pathway, a branch of the immune system. Her lab has uncovered a diverse set of immune molecules that regulate this process in the brain during normal development, providing insights into the pathological synapse loss of Alzheimer’s disease, dementia, and schizophrenia. She has adopted an interdisciplinary approach that straddles the fields of genetics, immunology, and neuroscience to understand how neural-immune interactions regulate brain wiring, neural circuit function, and behavior.

Stevens was named a MacArthur Fellow in 2015. She has also shared the National Alliance on Mental Illness (NAMI) Research Award with Steven McCarroll and Michael Carroll in 2016 for their collaborative work on C4 and schizophrenia.

Stevens received her B.S. at Northeastern University. She carried out her graduate research at the National Institutes of Health and received her Ph.D. from University of Maryland, College Park. She completed her postdoctoral research at Stanford University with Ben Barres.