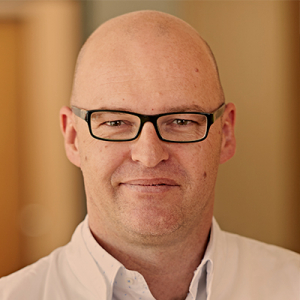 Georg Schett is professor of Internal Medicine and since 2006, head of the Department of Medicine 3 - Rheumatology and Immunology – of the Friedrich-Alexander University Erlangen-Nürnberg in Germany.

Prof. Schett graduated from the University of Innsbruck (Austria) in 1994. After his dissertation from medical school, he worked as scientist at the Institute of BioMedical Aging Research of the Austrian Academy of Science in Innsbruck. In 1996, he joined the Department of Medicine at the University of Vienna, where he completed his postgraduate training in Internal Medicine and subsequently in Rheumatology. In 2003 he was promoted to professor of Internal Medicine. Before taking up his position as chair of the Department of Medicine 3, he worked as a scientist in the United States for one year.

His scientific work focuses on creating a better understanding of the molecular basis of immune-inflammatory diseases with rapid translation into clinical practice. Initially, he investigated the immunology of atherosclerosis and focused on antibody-mediated endothelial cell damage. His research work lead to the understanding of the phenomenon of LE-cells in 2007. He was awarded the renowned START Award in 2002 and founded a research group for arthritis in Vienna. Prof. Schett is an ERC award winner and speaker of several DFG- and BMBF-funded joint projects. His work has been