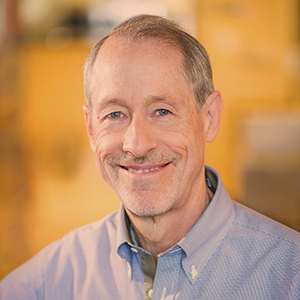 Dr. Locksley is Distinguished Professor in the Department of Medicine at the University of California, San Francisco, USA. He is Director of the Sandler Asthma Basic Research Center (SABRE) and a Howard Hughes Medical Institute Investigator. He received his undergraduate degree in biochemistry from Harvard and his M.D. from the University of Rochester. After completing his medical residency and chief residency at UCSF, he trained in Infectious Diseases at the University of Washington. Dr. Locksley served as the Chief of the Division of Infectious Diseases at UCSF prior to becoming Director of the SABRE Center. He is a member of the Pew Scholars Program Advisory Committee and the Lasker Basic Medical Research Awards Jury. Dr. Locksley is a member of the American Academy of Arts and Sciences and the National Academy of Sciences.

Dr. Locksley's laboratory focuses on innate immunity, particularly since the discovery of Group 2 innate lymphoid cells, or ILC2s, which are prominently involved in allergy. The discovery of ILC2s initiated efforts to uncover the ‘ground state’ of allergy by investigating homeostatic pathways involving these cells to provide insights regarding their primary function in tissue health.